Tucked away in Seattle’s Capitol Hill/Central District area, the Pine Street Cottages (formerly known as “The Court”) are a blast from the past that anyone who appreciates Seattle’s unique history will get a kick out of. Most people will drive by and not even notice this charming little pocket neighborhood, but this little group of 10 cottages has seen over a century of Seattle history!

We’re excited to show off a new listing in this tiny neighborhood, but first, we wanted to take a moment to shine the spotlight on this unique development. 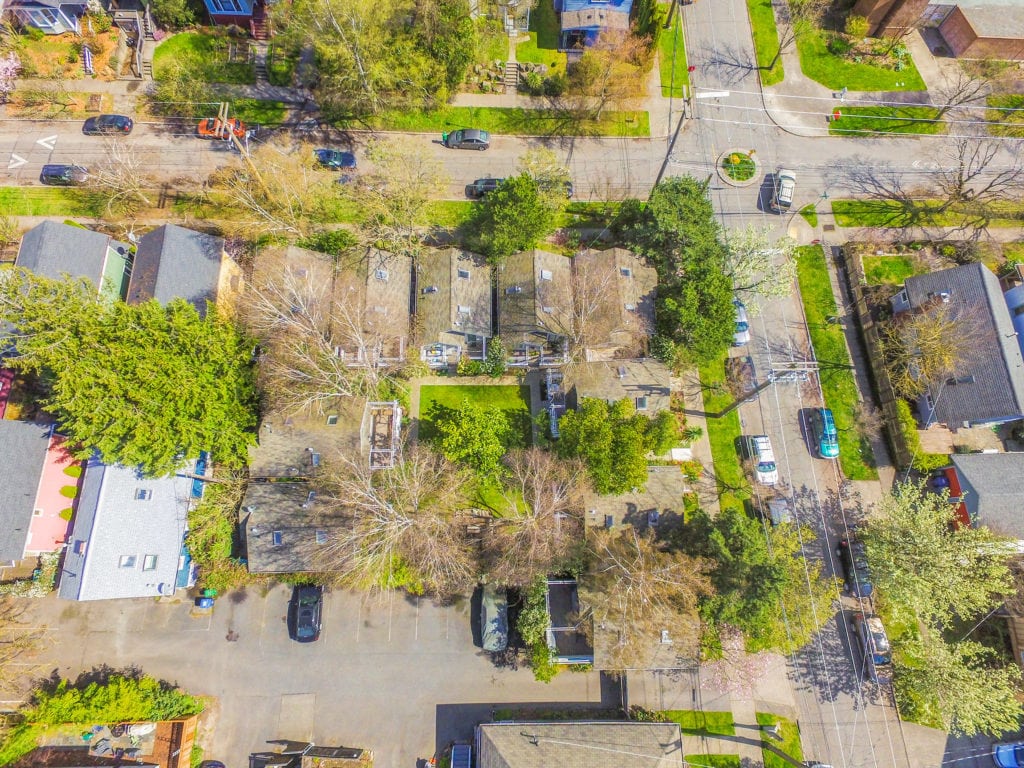 Check out these 5 fascinating facts about the Pine Street Cottages:

1. The Pine Street Cottages were originally built in 1916.

In 1916, Ralph Hammock bought the property and had the cottages built to create affordable housing for families. At the time, his son encouraged him to make the investment as he thought it would be profitable. According to Ralph’s son Jim Hammock in the book Pocket Neighborhoods by Ross Chapin, Ralph started by building one home and worked his way in a circle. They were unaware of the other pocket neighborhoods being built during that time, but over time they created a cute little community. The homes remained in the family until 1990.

2. The Pine Street Cottages were purchased by developers and rehabilitated in 1990.

After the cottages fell into disrepair and were finally sold, they were transformed into condos. Seattle developer John Kucher came along and instead of tearing down the vacant cottages, he renovated each unit, giving them another chance at life. The neighborhood had grown up around the pocket, and today there are so many great conveniences (like transit, Safeway, restaurants, etc.) just blocks away.

Before beginning the renovations in 1990, Kucher had the producer of America’s Most Wanted and two undercover narcotics officers contact him wanting to use the homes for a reenactment of a drive-by shooting. There were three crack houses on the street, and Kucher agreed to let them use the site if they helped get rid of the drugs on the street. The neighborhood also had a big vandalism problem; Kucher considered having a large fence built to protect the homes from the street, but over time, they backed away from this idea as the project evolved, opting to keep the fronts of the homes open to the street instead. We’re glad they took this route—it’s so much more welcoming this way! 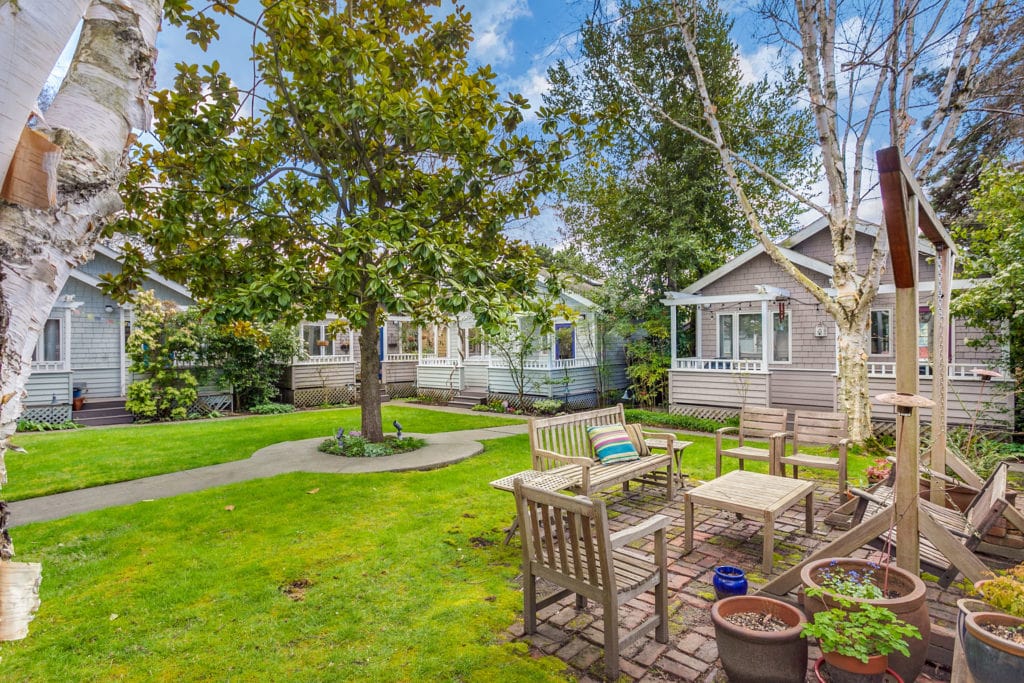 4. Each of the cottages is positioned around a beautiful courtyard.

You can’t see this from the street, but there’s a storybook courtyard in the center of the little development! Lush grass surrounds a cute path, mature trees, and a sitting area. It’s hard to imagine this hidden oasis until you see it for yourself.

If you’ve always dreamed of living in a “tiny home,” then these cottages are a dream! You can live in your own stand-alone unit while not having to worry about having a yard or tons of space to take care of. In our particular listing, there’s even a separate bedroom. You’ll find everything you need in a home, and even some great storage space. Read more about the benefits of micro-living in Seattle here!

You can check out the official historical details on Seattle.gov’s “Seattle Historical Sites” page here! Plus, Dave Alden shares some more great info about these cottages in this blog post, if you’re curious to get another perspective on the cottages! 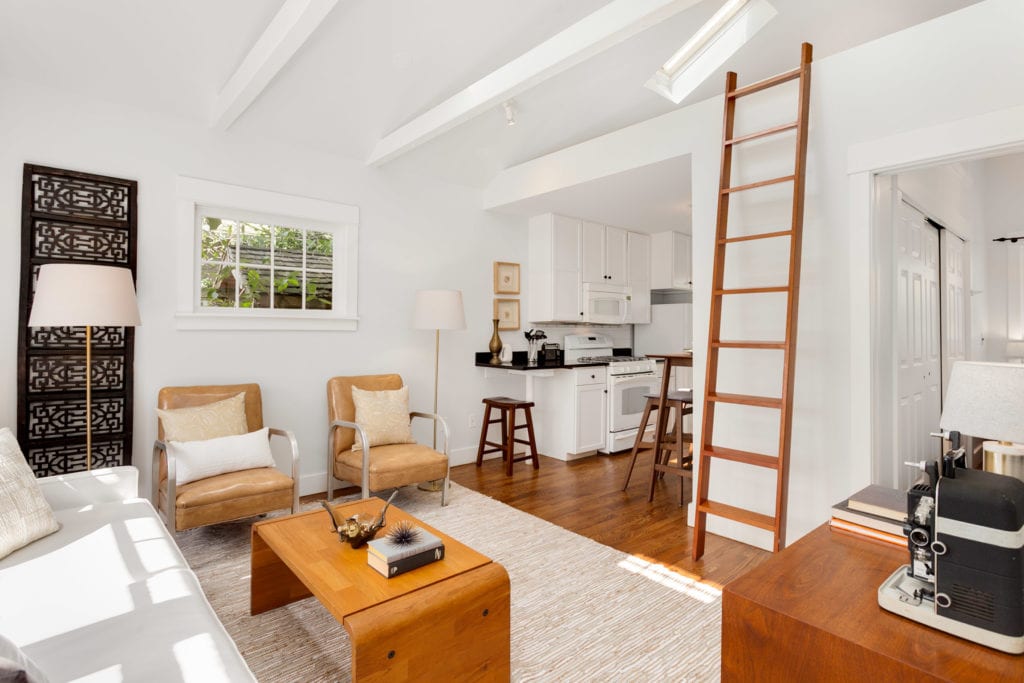