You really only have a few choices for townhouse or single family homes if you do not want to drive to SLU. In this blog we will explain the hoods and options available to Seattle's car adverse.

Where should you live if you'd love walking or biking to work? Ditch the car for public transit.

Commute is among the top priorities or concerns for most of our buyers. In fact, the home usually comes secondarily to commute time and options. Seattle buyers were not this way when I started in real estate back in 2006.

A lot has changed since then. Over the last few years, Seattle has added over 100,000 people. I thought our traffic was bad years ago but today its absolute torture. This has caused Seattleites to search out a car-free lifestyle. But the question is, where do you live if you want to walk or bike to work and would love to ditch the car for public transit?

The easy choice if you don’t mind living in a condo is Downtown or Belltown. This will be a rather expensive option but if you’ve got the green and don’t pass out at the thought of paying north of $1,000 a square foot, then you have an easy option. Harder still is if you want a house or townhouse—you really only have a few choices. Below I’ll explain the other neighborhoods and options available to Seattleites. I’ll order them in from good to the VERY best!

Here’s the criteria I used to rate each neighborhood: 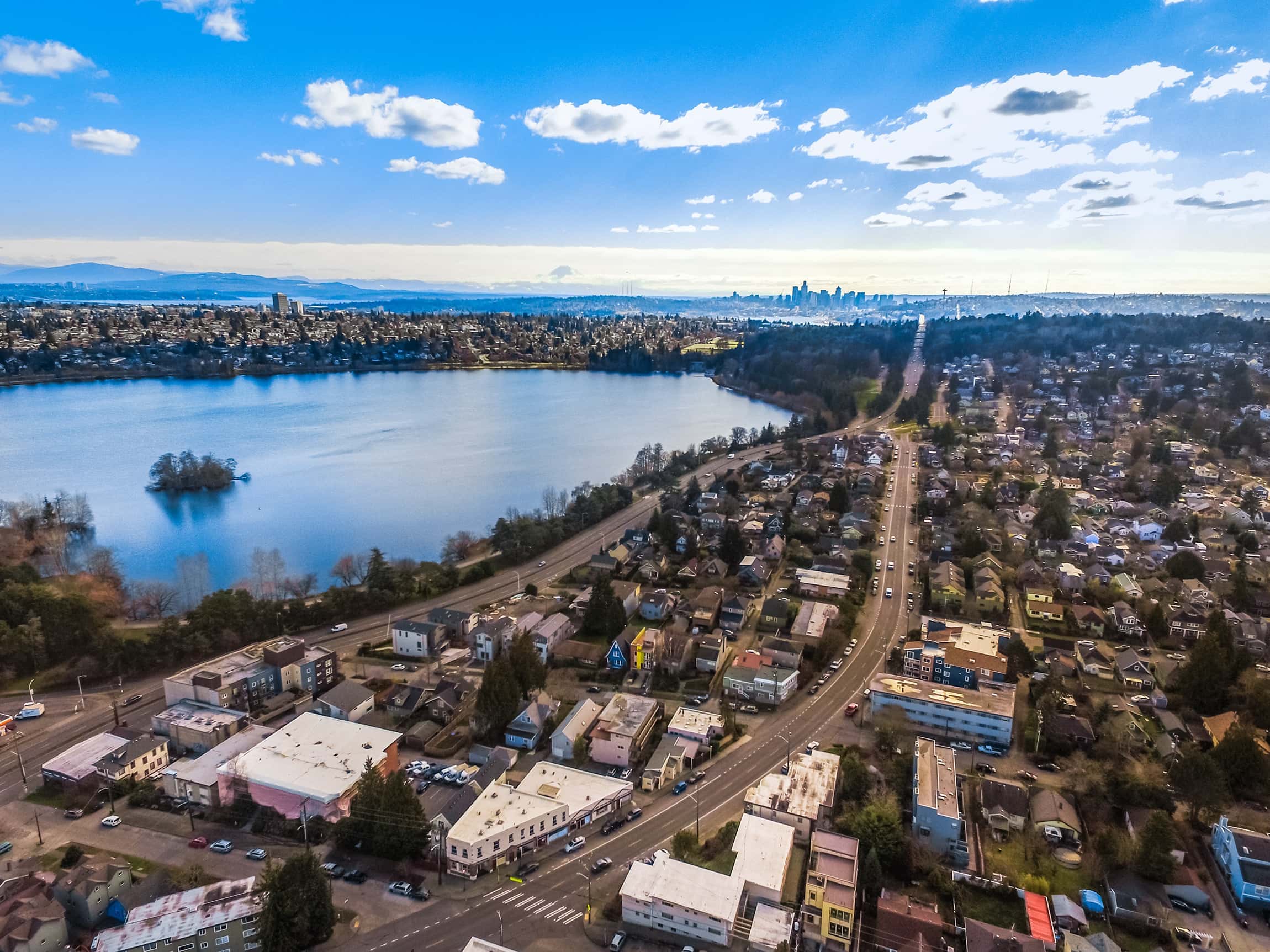 Green Lake is in 5th place because of it’s proximity to Downtown. However, if you are an avid biker, Green Lake should be moved to 1st place! The bike trails and lanes lead all over the city from Green Lake. It is also the number one hub for Seattle’s most popular bike shops. However, Green Lake is the farthest neighborhood on this list for walking to work. While there are bussing options, biking is probably your easiest form of transportation. The urban area of Green Lake offers all the restaurants you may want and of course the park is a major attraction for all of Seattle. Considering its proximity to Downtown, Green Lake homes cost as much as Queen Anne and Capitol Hill. 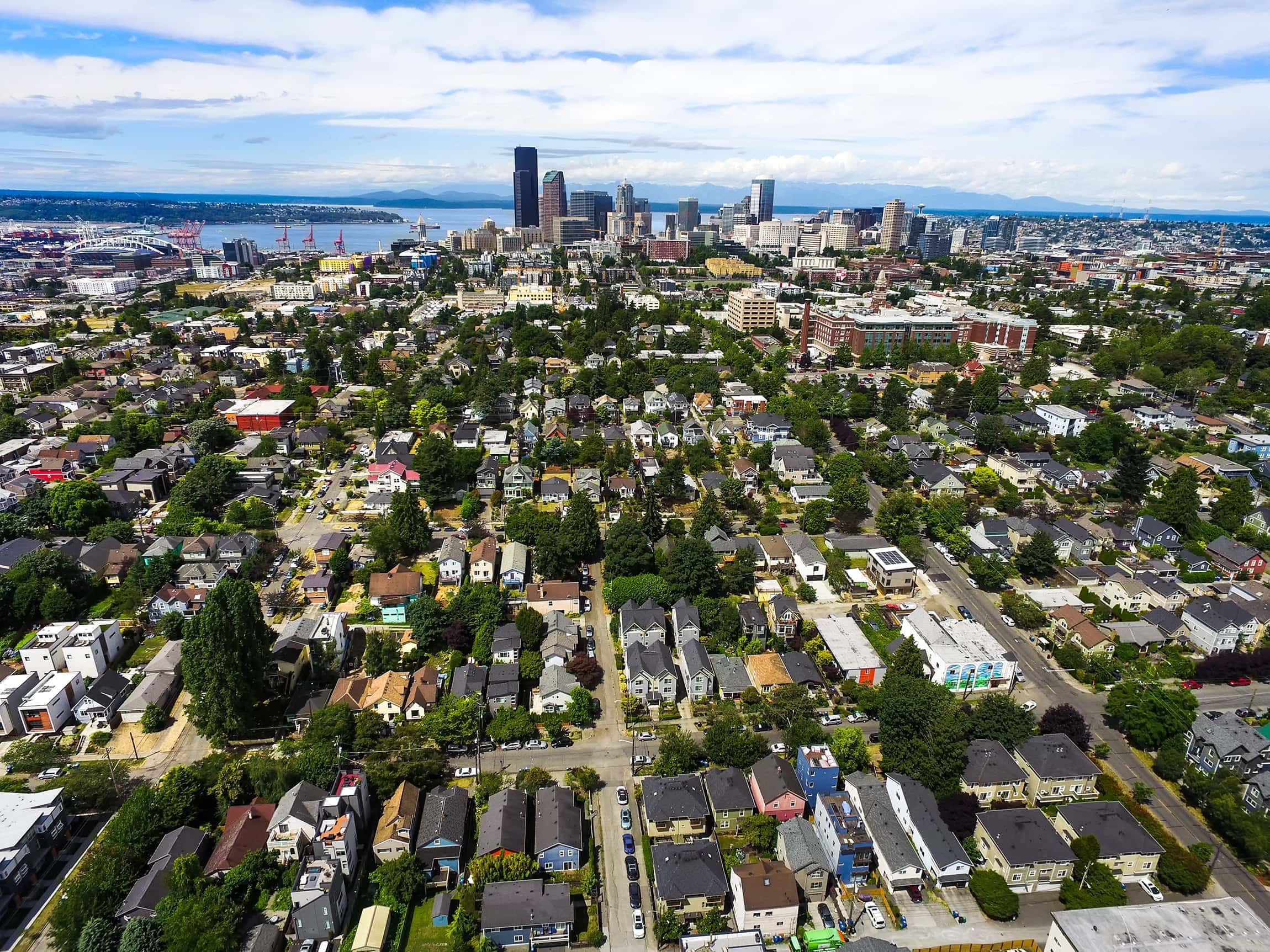 Central District would have scored higher if it weren’t for the access to freeway part and urban village amenities. But for proximity, it scores VERY high. The value of a home is most impacted by two factors. First, views which can impact the price of a home by as much as 18% and second walkability which impacts the price of a home about as much as a stunning view. So this neighborhood is bound to see good value now and earnings later. Central District is primarily serviced by buses, but you can get a MSFT Connector to Redmond too. Otherwise Central District is directly above Downtown and is an easy walk or bike ride. SLU is still a little further but easy nonetheless. 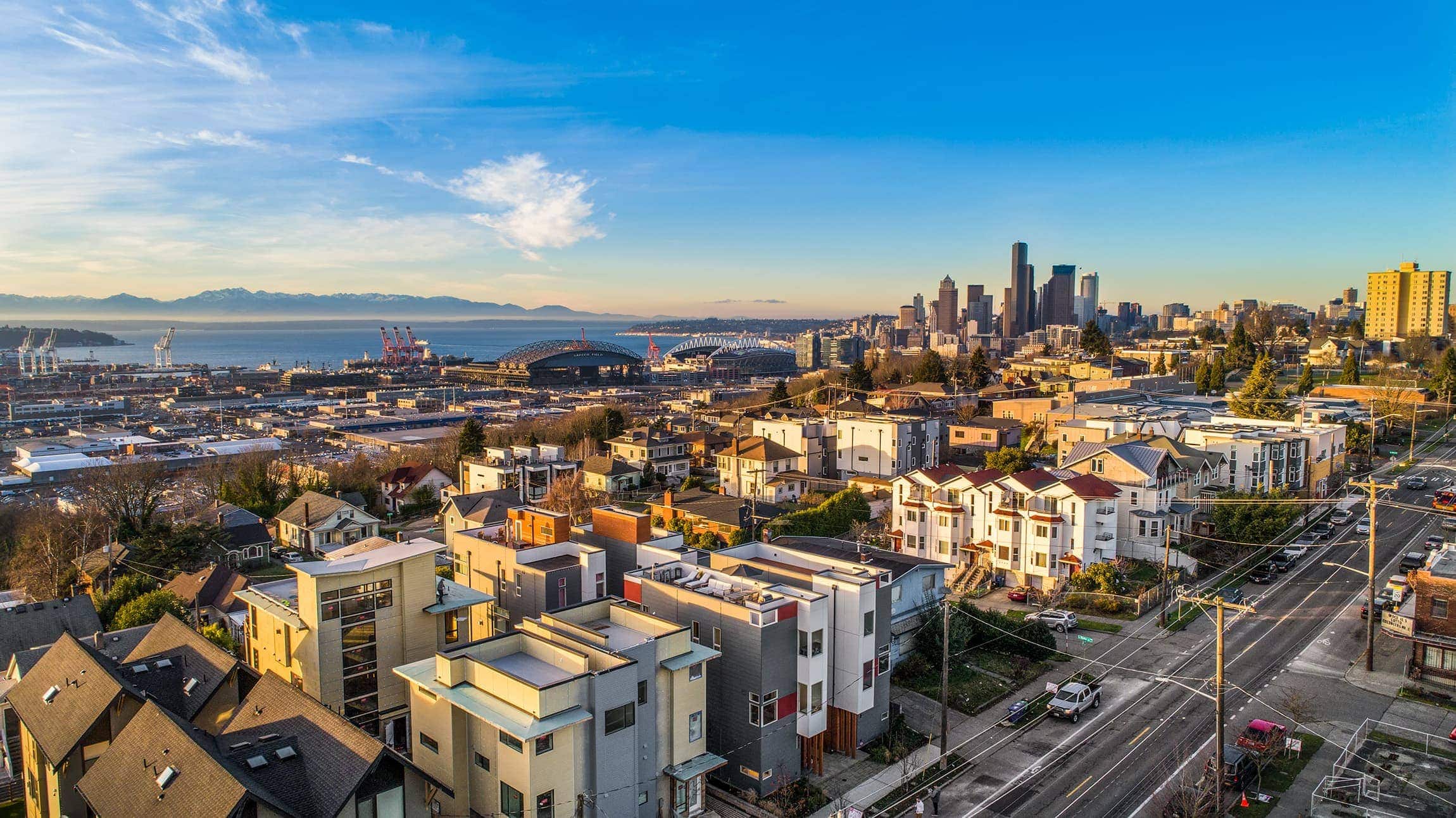 Talk about a neighborhood that has all the prerequisites for massive appreciation. North Beacon Hill’s got close proximity to Downtown, it’s on top of the highest hill in Seattle affording amazing views, there are schools people love, low crime, and more commuting options than nearly every other neighborhood. This says nothing about the 13 new mid-rise towers soon to grace the urban village near the light rail station. You are also at the apex of Hwy 99, I-5, and I-90. You can get to SLU in 36 minutes during traffic by the LINK and South Lake Union Streetcar. You can walk to Downtown Seattle if you live on the north tip of the International District, otherwise the light rail is a snap. Interesting fact, but NBH has the most residents that commute by bike of any neighborhood in Seattle. North Beacon didn’t score as high as others because proximity to SLU is not as good as other neighborhoods. But if you work in Downtown, Pioneer Square, First Hill, Capitol Hill, or T-Mobile in Factoria or MSFT’s Bellevue office, then North Beacon is a number one choice. 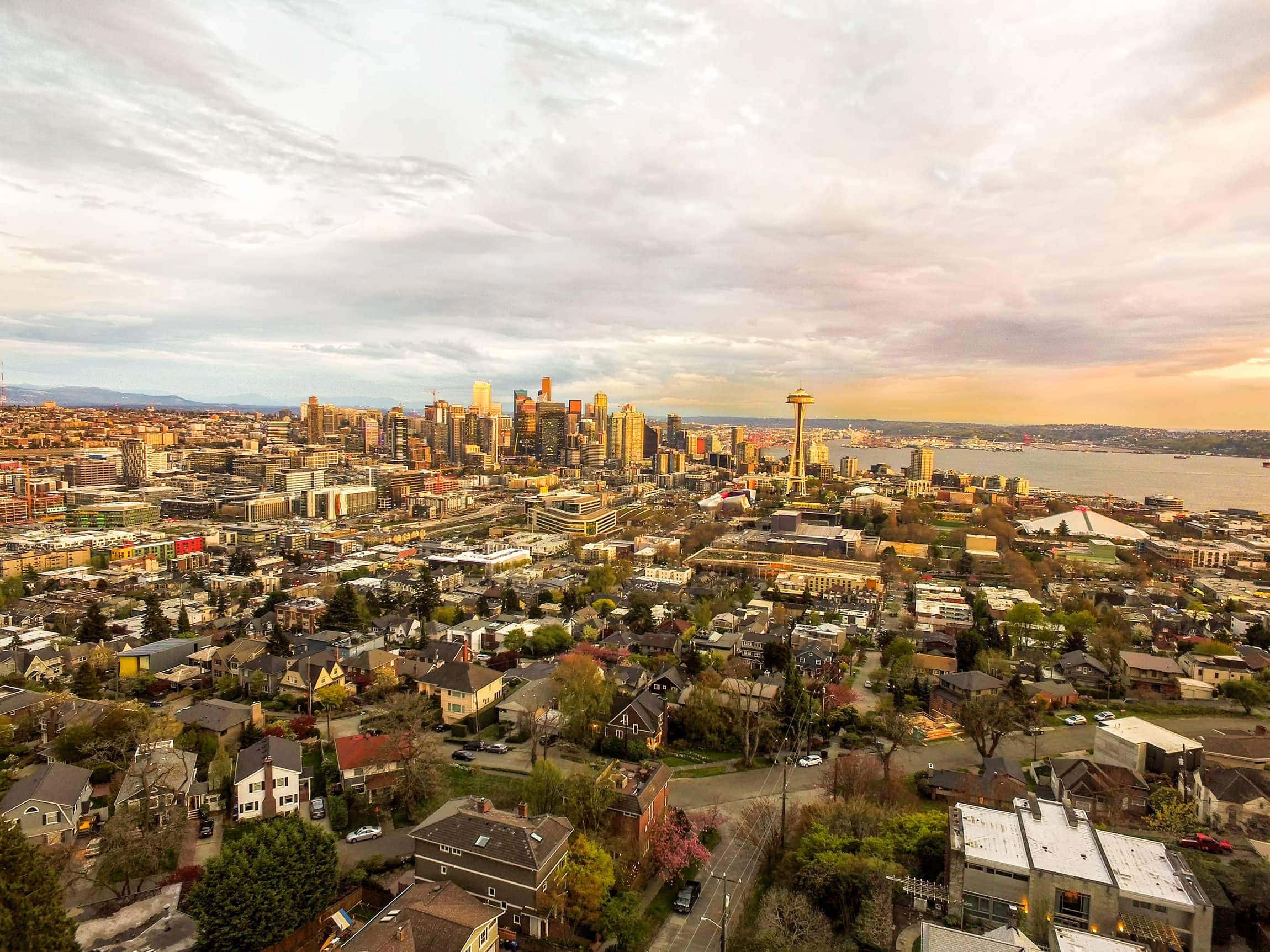 This was tough because one of the criteria was access to major freeways. Now, as the crow flies, Queen Anne is very close to I-5. But thanks to Amazon growing around Queen Anne and adding 40,000 new cars to Mercer and Denny, Queen Anne has become a little car congested and really trapped. However, if you want to live in a house and walk to work there is no better place. It’s an EASY walk/bike to SLU and Downtown. Plus, Queen Anne is home to Seattle Center, Key Arena and many other major attractions that can be enjoyed by walking. Queen Anne also has priceless views and a strong neighborhood feel considering it’s a very urban location. Queen Anne is not cheap and if you need more affordable options you should look south. But if you can afford Queen Anne and living car-free is very important, you will be very happy here. The schools are amazing, shops are phenomenal and access by foot to the city is simply the best! 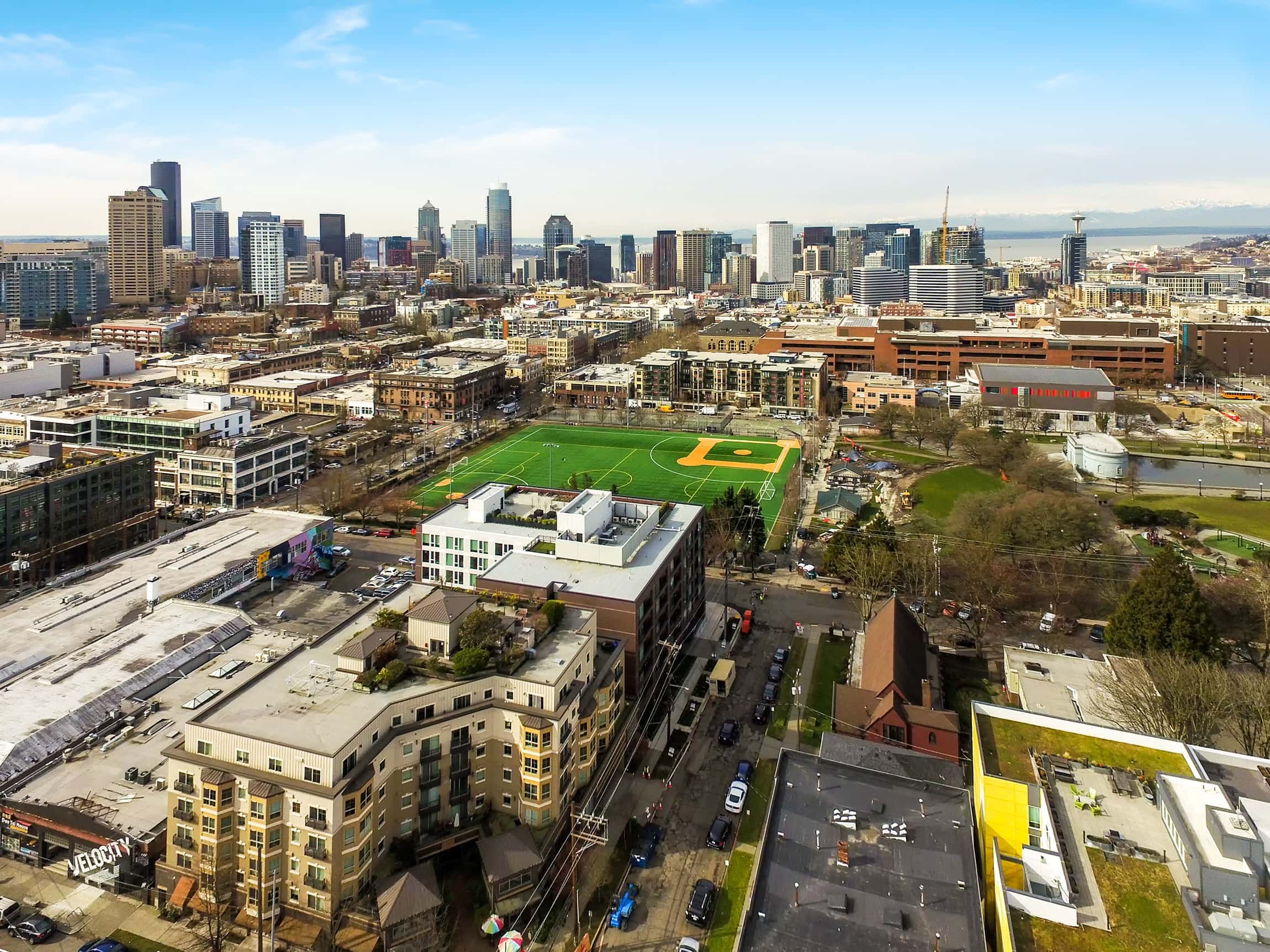 Capitol Hill has EASY access to Downtown and South Lake Union especially if you live in lower Capitol Hill—you could technically walk but there are a ton of buses, and you can hop on the light rail to get into Downtown. You’ve also got quick access to both the I-90 and 520 bridges, and a few different options for getting on Interstate-5. This popular urban village is second to no other neighborhood, but for that you do put up with a bit more noise and crime. I’ve worked in Capitol Hill for well over a decade, and I love this neighborhood but I find that I’m a little too old to live there anymore and so we now live in NBH. I still love visiting and working in Capitol Hill though. In my opinion, it has the best shops, restaurants, and culture in this city. While it is sad to see how much Capitol Hill has changed since my more formative years, I’m not one that prescribes to change as a bad thing. I’m happy to see so many other folks enjoying our city and our most famous neighborhood.

If you want to live in Capitol Hill, we’ve got a 3-bedroom, 2-bath townhome in a PRIME location! This like-new head-turner is just 1 block from the hip + happenin’ 15th Ave. Click here for all details. 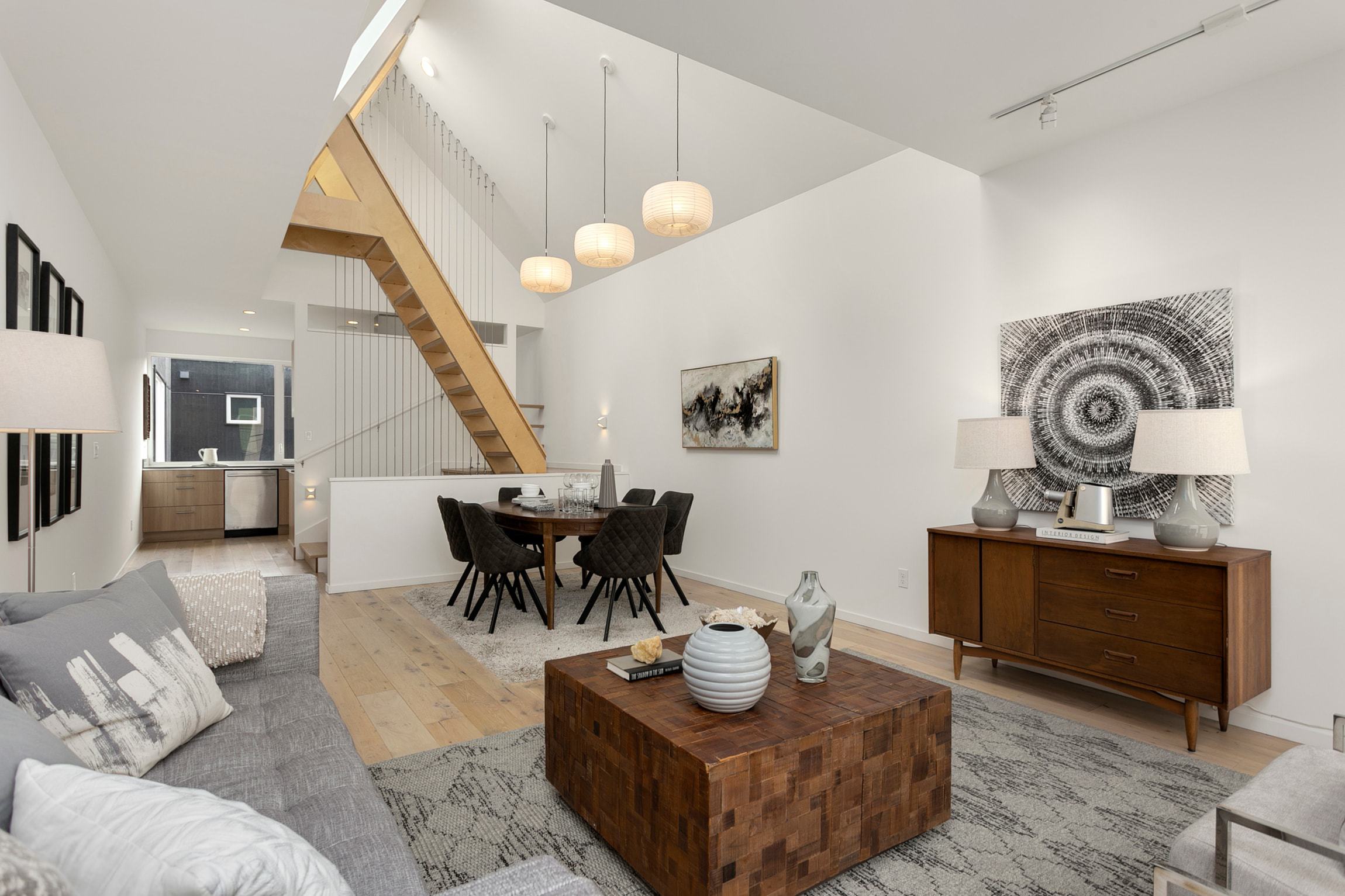 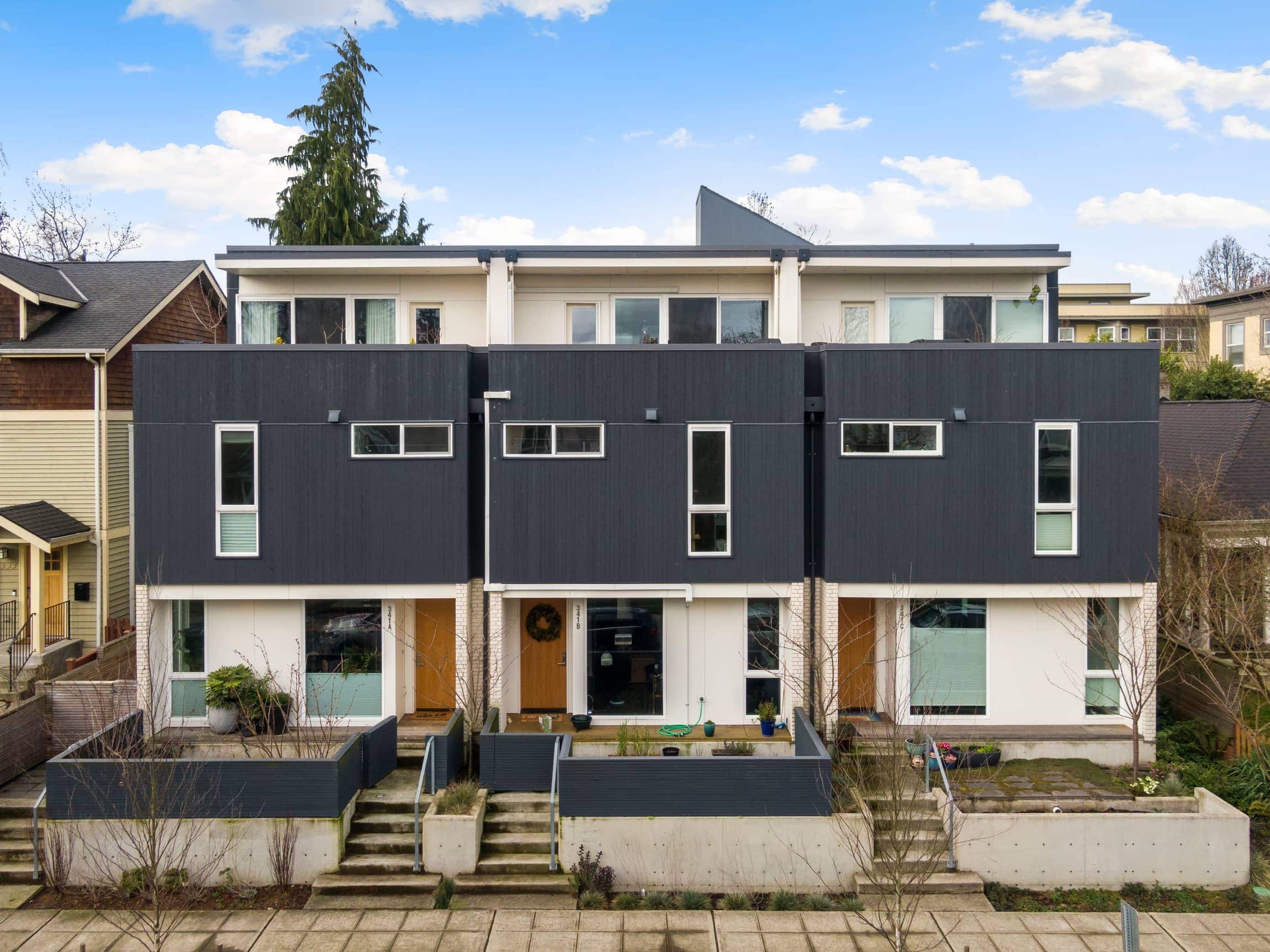