North Beacon Hill already has fantastic transit options, and combined with it’s ideal location, this Seattle neighborhood is a popular choice for those who work in Downtown Seattle, South Lake Union, and the Eastside. NBH serves as a sort of “centerspoke” for Seattle, and this is about to become even more true… things are about to get *EVEN BETTER*. The new Judkins Park Station (coming in 2023!) and the expansion of the Light Rail to the Eastside are about to offer a super-quick and extra-easy way to get to the Eastside!

Here’s what you need to know about commuting from North Beacon Hill:

1. Seattle’s Link Light Rail is expanding to the Eastside!

First and foremost, we want to talk about the Link Light Rail (aka Seattle’s subway system) expansion. Right now, the Light Rail runs south from Angle Lake (which is close to SeaTac International Airport) through Seattle up north to the University of Washington.

North Beacon Hill is *already* home to the Beacon Hill Light Rail Station, which offers an easy traffic-free commute straight into Downtown Seattle (and many other neighborhoods), and it’ll even take you all the way to the airport. (It’s also worth mentioning that the Beacon Hill Light Rail Station is right across from grocery shopping at Red Apple and close to several restaurants a couple of cute cafes, so you can easily grab coffee on the way to work, and dinner on your way home!) 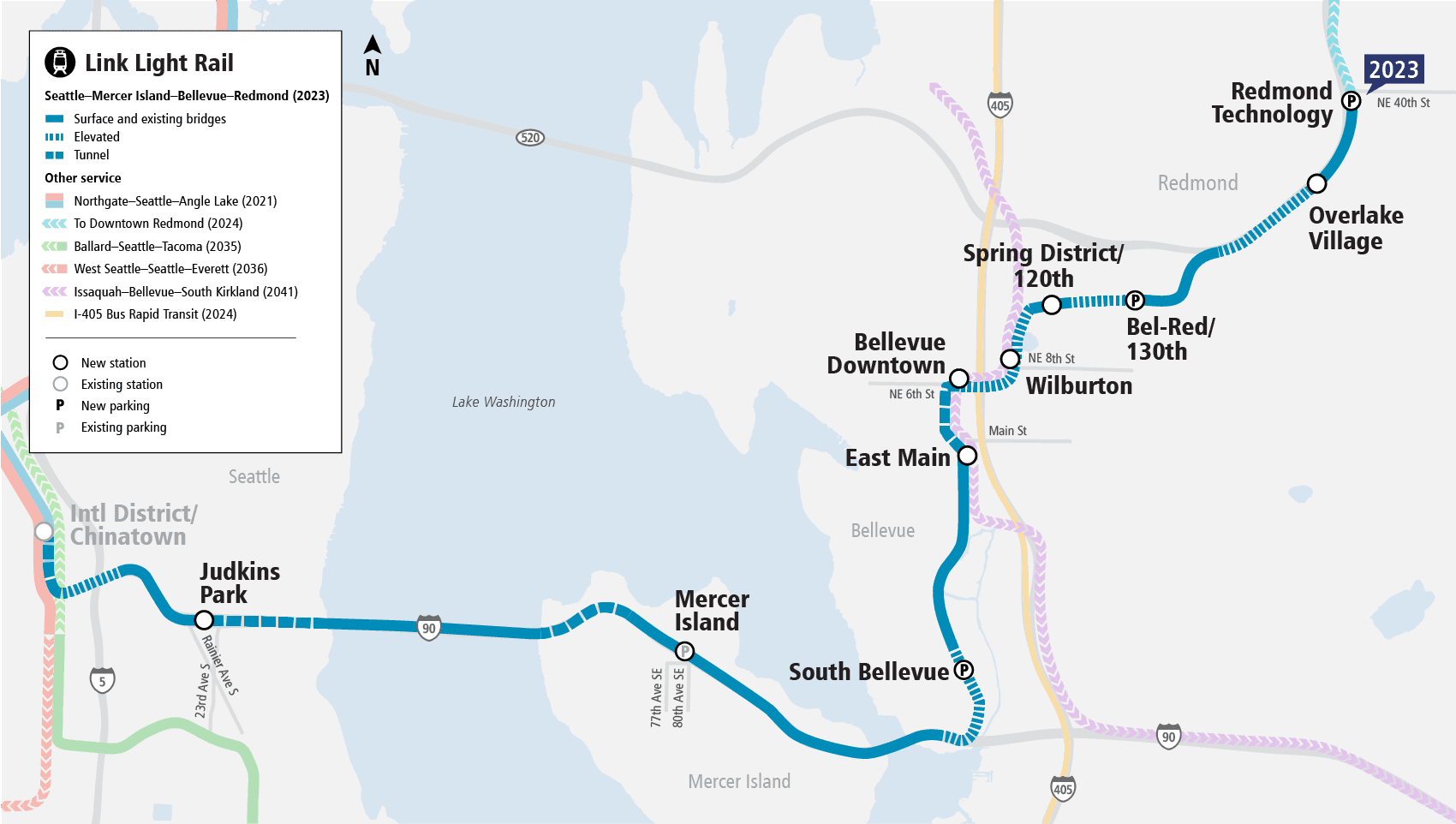 Well, this is all already fantastic, but there are some more big, new things in the works. In the future, you will be able to hop on the Light Rail from International District Station OR the new Judkins Park Station and take it to the Eastside!

Now, you could definitely hop on the train at the Beacon Hill Light Rail Station and then transfer at the International District Station to head over the Eastside. We want to point out that transferring on the light rail is *A LOT* different from transferring on a bus. Buses get caught in traffic and all too often during rush hour, all of the buses arrive at once. It can turn into a mess. Light Rail however is MUCH more reliable—first of all, you don’t have to worry about getting caught in Seattle traffic. It also runs every 6, 10, or 15 minutes depending on the time of day (so during peak transit times you can count on a 6 min or LESS transfer time). We’re turning into a “big city”!

However, if you want to bypass that, Judkins Park Station is another smart option for those in North Beacon Hill. The Judkins Park Station is situated right in the middle of I-90 and west of 23rd Ave South, with entrances at 23rd Ave South and Rainier Ave South. This means the station is *literally* on the border of North Beacon Hill. Depending where you’re coming from, there is also a lovely scenic route to the station thanks to the I-90 Trail—you can pick up the trail from many places throughout Beacon Hill, and it’s ideal for bikers! 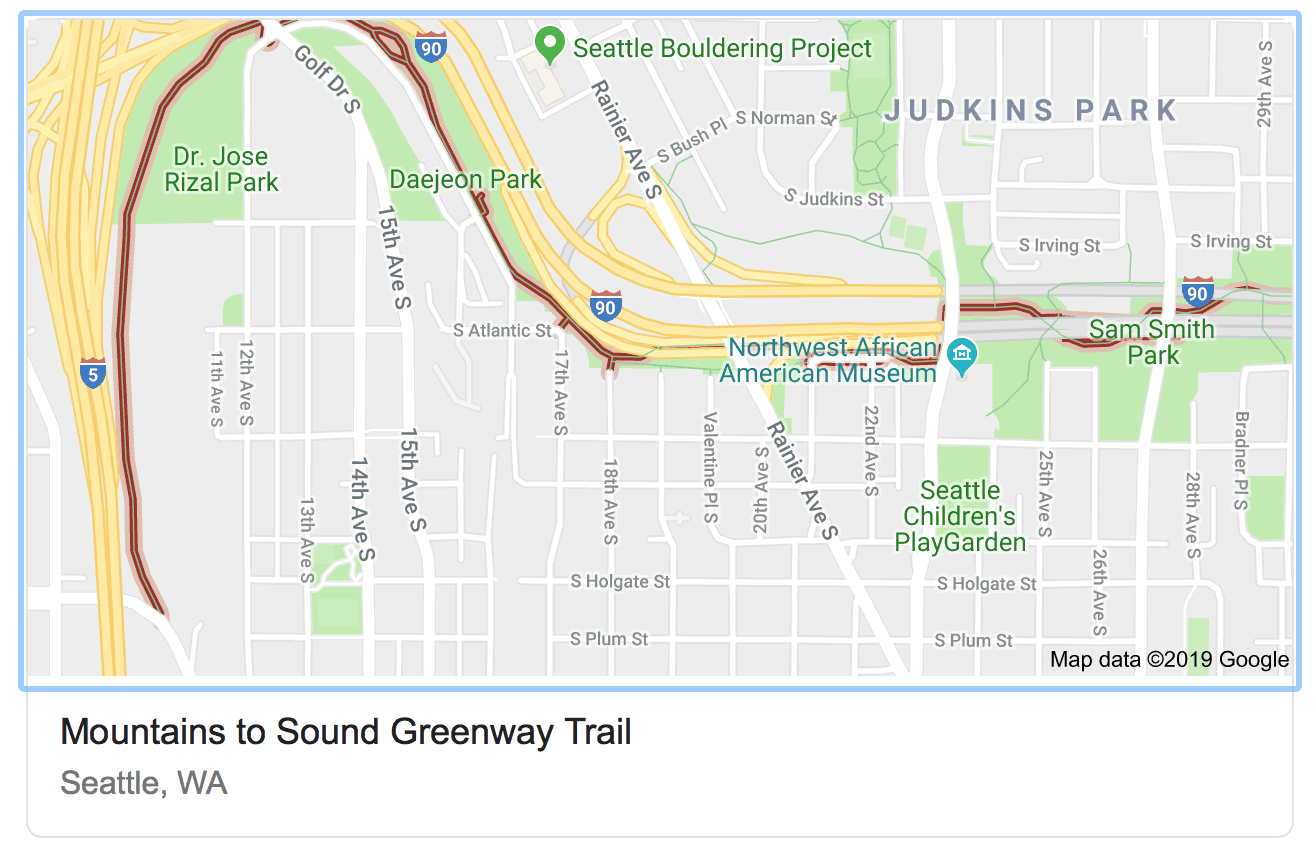 We’ll frequently work with couples who are buying a home and one person works on the Eastside, and one person works in Downtown. North Beacon Hill is the PERFECT compromise (and really, it’s not a compromise for anyone…. It’s just an ideal situation for both people!). And in the past, one consideration for those who work at Microsoft has been where the Microsoft Connector picks up, and North Beacon Hill doesn’t have a stop yet. Well in a couple of years, that’s not even going to matter.

Of course, all of this is awesome for commuters. But it’s also going to be great for home values. North Beacon Hill will be one of the most significantly impacted neighborhoods regarding value—I mean you’ll be able to get a train to the Eastside, and you won’t be able to say that about anywhere in north Seattle. 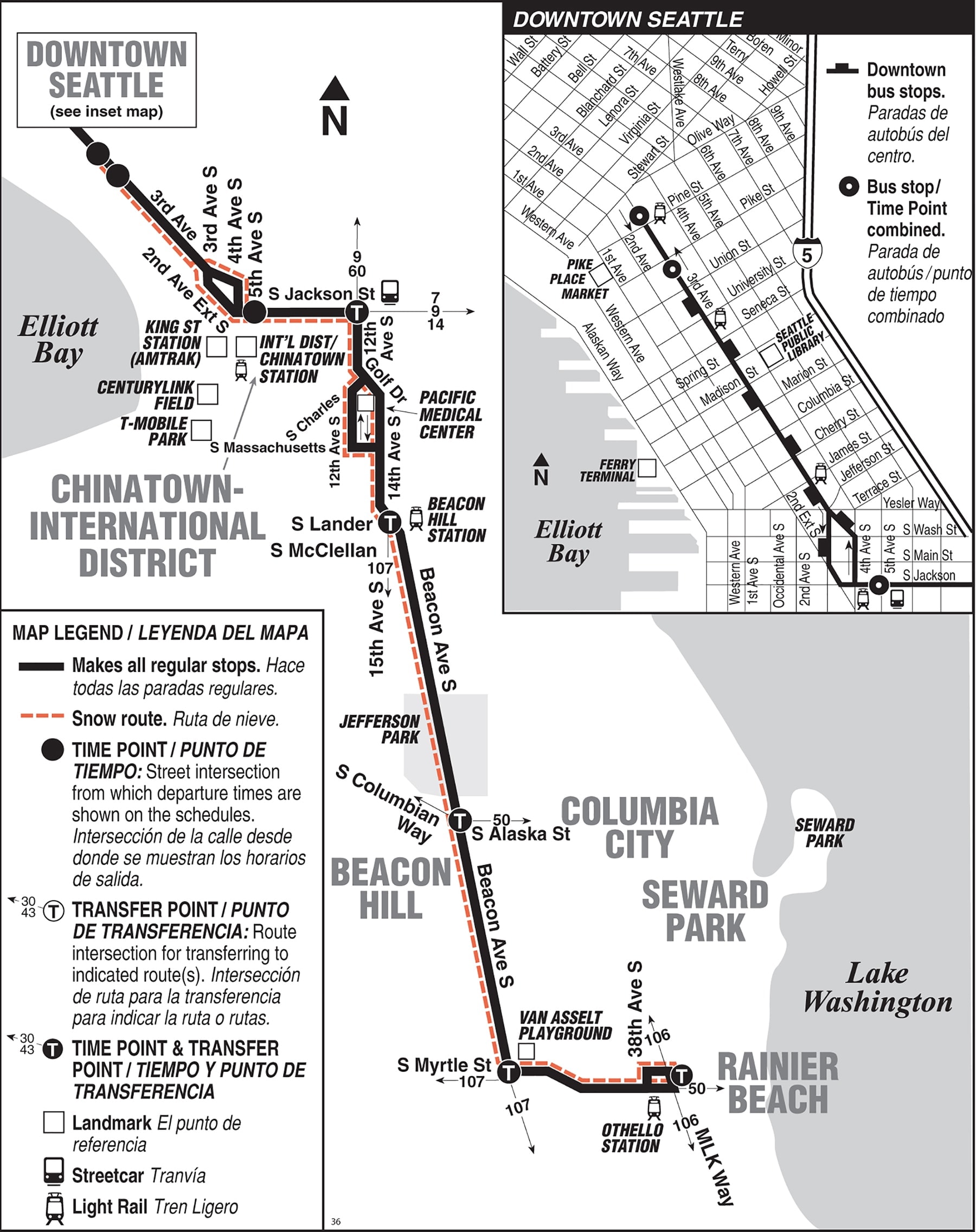 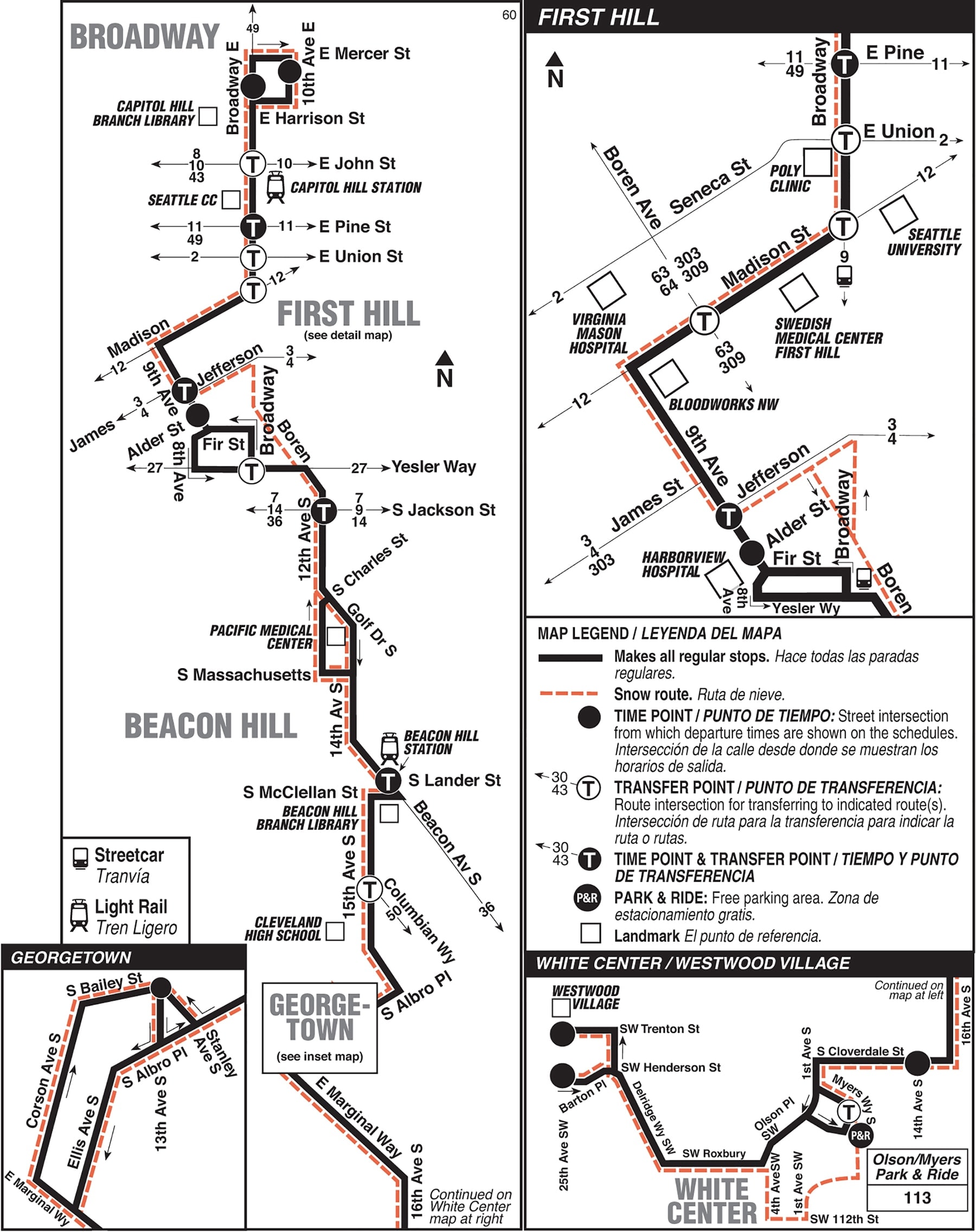 3. Beacon Hill is a biker’s paradise!

We’re not exaggerating—Beacon Hill truly is a dream for bike enthusiasts, and we even wrote an entire blog post about it! Beacon Hill is home to much of Chief Sealth Trail, a 4.3-mile paved trail that was constructed on top of soil from Light Rail projects (how cool is that?!).

Beacon Hill also has the Mountains to Sound Greenway Trail (which becomes the I-90 Trail and takes you straight to one of the Judkins Park Station entrances so you can hop on the light rail to the Eastside!).

There’s also the Beacon Hill Neighborhood Greenway and great protected bike lanes. You can find maps of ALL of these Beacon Hill bike trails in our blog post right here!

We really cannot say enough good things about North Beacon Hill’s location. This neighborhood is where Matt and Brian have lived for several years now, and they don’t plan on leaving anytime soon. It’s truly becoming the centerspoke of Seattle + the Eastside!

Our latest listing is less than 1 mile from the Judkins Park Station. Click here to check out this 2-bedroom, 2.5-bath townhome in North Beacon Hill! 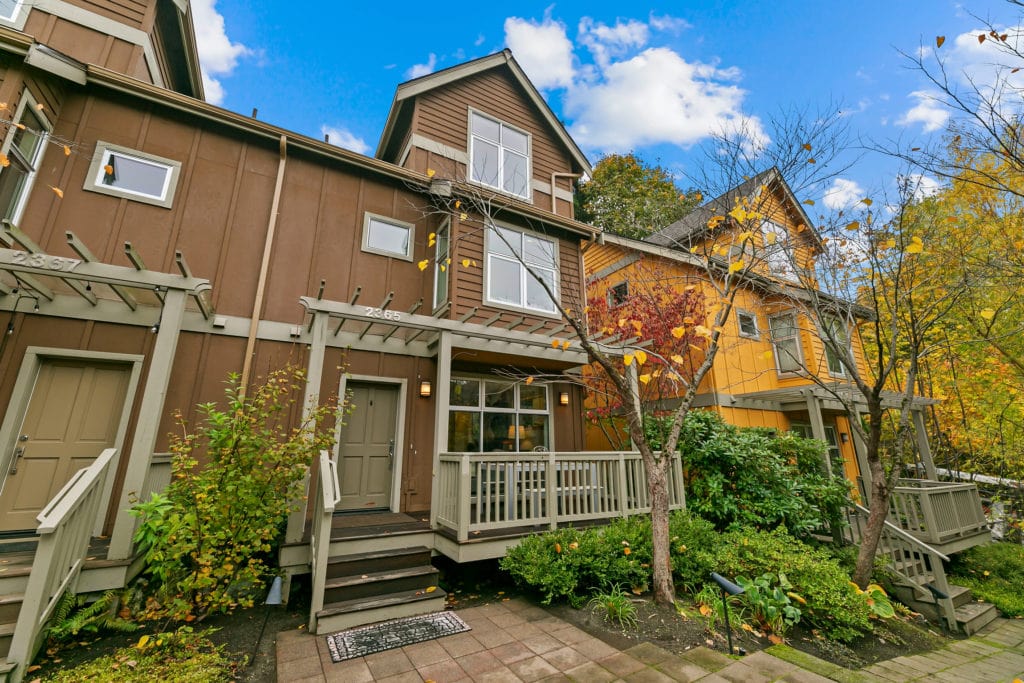 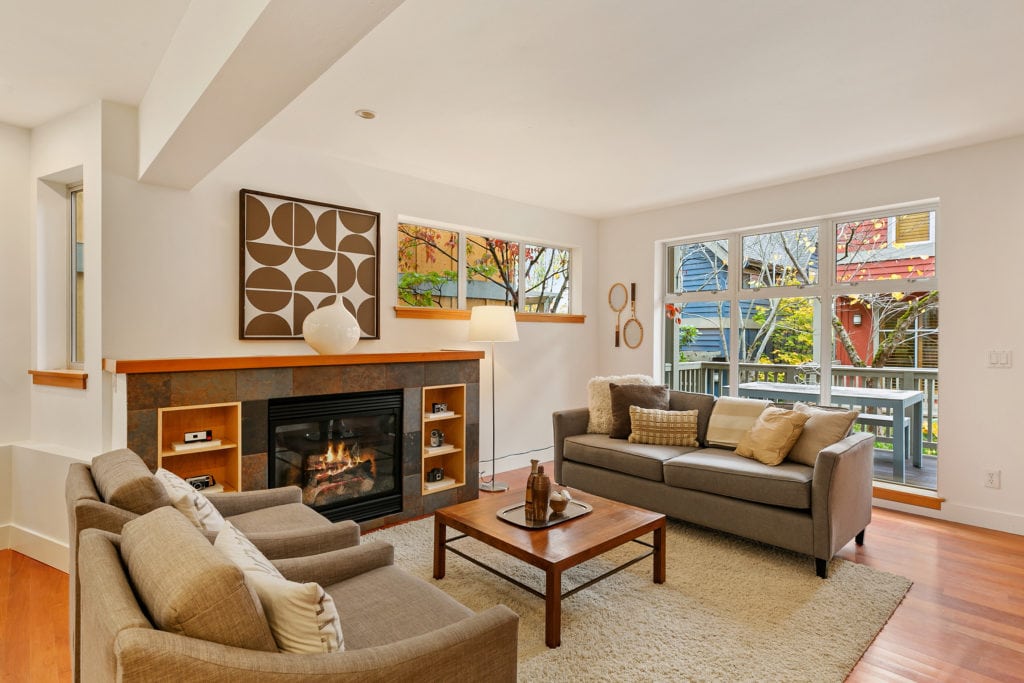 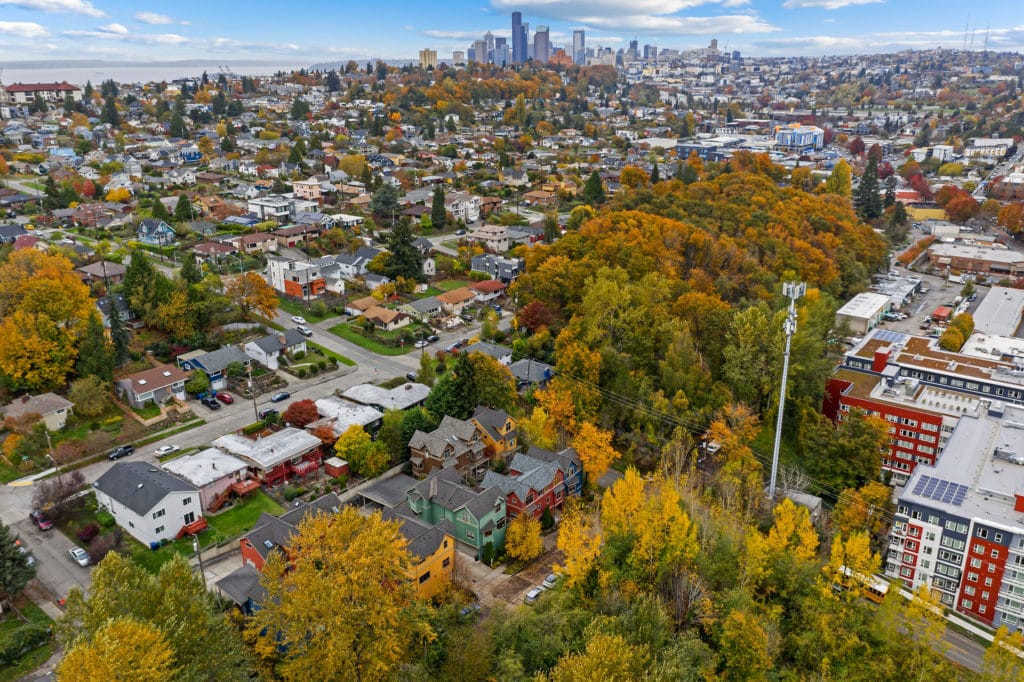